skip to main | skip to sidebar

"He Will Bring Us Goodness and Light" 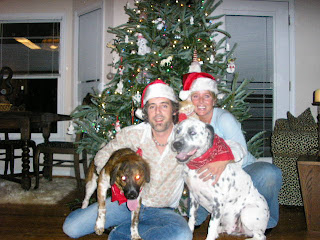 Here it comes again. With work, I am in and out of malls and department stores every day...every week. It is hard to avoid the Christmas decorations (put up in October) and the Christmas music. Hickory Farms is set up and selling the "beefstick" and cheese balls. Santa has taken his place in center court. Toy catlogues fill the mailbox.
I have not really been able to stomach holidays since Beth's death. She added so much to any day, but especially Christmas...for me. Beth would have me driving around Wake County on the prowl for cedar and spruce so she could make our wreath and garland for the door and mantle. So talented. So missed.
I have made a decision this year. I am going to embrace Christmas...the whole season. I mean EMBRACE...not just "suffer through" it like the past two years. Beth did bring a lot of joy to the holidays for me. I have to celebrate and remember that. I also have to enjoy the holidays again...in a different way. I have so many great memories of Christmas growing up and after marrying my sweet Beth. Those memories cannot be duplicated, but I can make new ones...with Beth still always in my heart.
Tomorrow, I am going to see David Phelps' Christmas concert in Fayetteville with some friends. I really am excited about it. I love David Phelps and the voice God doubly blessed him with. Mainly, I love being with the wonderful friends God has blessed me with...Mary Ann, Dean, Ruby, Cindy, and Jake. I am going to discover Christmas again. I will embrace it...in a new way.
I still watch all of the shows Beth loved..."Survivor", "Amazing Race", and "The Bold and The Beautiful". It helps me feel connected to her. I imagine that embracing Christmas will do the same.
Joy To The World.
Posted by Praying4Action at 9:01 PM 2 comments:

That's right. I'm calling you out. I'm only doing it because I myself have been "called out" and I want (need) some participants in this dialogue. I love to read, but lately I have been gravitating to the same kind of books I usually read. I had received a 50% coupon from Barnes & Noble (my favorite bookstore) and was itching...itching, I say...to use it. By the way, Barnes & Noble has a very extensive collection of Christian Inspiration/Religion books and Bibles...better in my opinion than Family Christian and especially better than Lifeway.

Back to B & N. I decided to get something different to read, and I found a book titled, "Jim and Casper Go To Church". The sub-heading is "A believer, an atheist, an unlikely friendship...frank conversations about faith, churches, and well-meaning Christians." From the back cover: "In 2006, Jim Henderson, veteran Christian and director of Off The Map, hired Casper to join him in visiting twelve of America's best- and least-known churches. Week after week, this spiritual odd couple attended services at churches all over the country and documented their experiences at and reactions to each one."

I don't want to give you all of my reactions to this book because I would like to have dialogue about your findings. My challenge to you is to go get this book...only $16.99 and only 169 pages. Read what they have to say about their visits to some of the nations largest churches...Saddleback, Willow Creek, Lakewood, The Potter's House, and others. Read with an open mind, and then post your reactions here on the blog. I'll just say that I read this in one day, and it kept my mind awake all night!

I'll leave you with a "teaser" from George Barna's foreward:

"Consider the fact that few religious leaders or churches have any idea what it's like for an outsider to try to break into the holy huddle. Most churched people have been so immersed in the church world that they have completely lost touch with what it is like to come through the church door and try to fit into a place that has very distinct habits, language, goals, events, titles, architecture, traditions, expectations, and measurements."

I want to hear what you think.
Posted by Praying4Action at 9:40 AM 2 comments:

What I'm Listening To 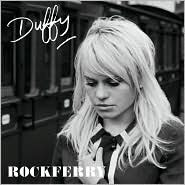 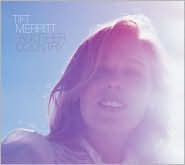 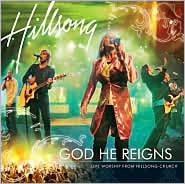 Praying4Action
Hippie at heart and in style. I love God with all of that "hippie heart"!

Colby is always ready for a party 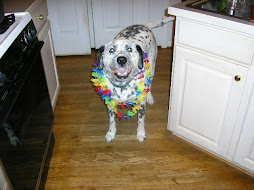 Look for Cosmo's blog soon/ I am sure he has something to say. 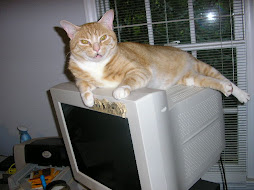 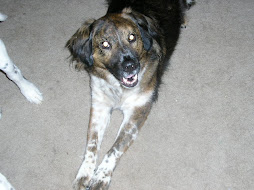 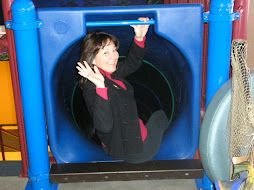 Getting the most out of the First Impressions workshop at Granger Community Church in South Bend, Indiana 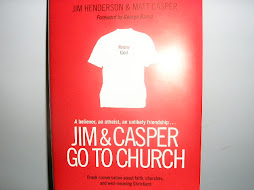 You know Russ loves his music and here are the Top 5 concerts I have ever seen!

Miami Beach from my room at The Shore Club 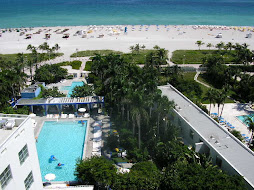 This place just makes me happy! 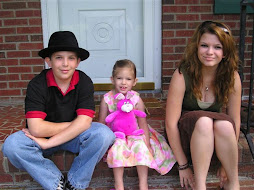 My nephew, Justin and my nieces, Taylor and Stephanie 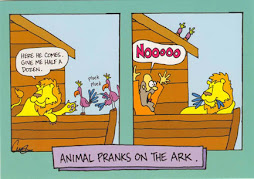